Three generations of the Alvis family have been farming and making traditional cheddar cheese at Lye Cross Farm in Bristol. Environmental responsibility has always been a primary aim for the Alvis Family who process 45 million litres of milk a year at the farm. The cheese plant takes milk from 27 local farm suppliers and three of their own farms.

The business decided to build on their existing green efforts and install 676 agricultural solar panels on the roof of their cheese packing building. With about 3,000 tonnes of cheese in refrigerated storage at any one time, cooling is one of the business's main areas of energy use, along with running of the packing equipment. These two areas alone require 600,000 units of energy per year.

After discussions with Mypower - the Alvis's decided PV was the best option to help meet the energy requirements of the packing and cheese storage halls.

Mypower's Ben Harrison recommended that the business's best option was to install a 172kW array along with six inverters to convert the energy into a useable form. Lye Cross Farm being an energy hungry business with a large unused roof space is the perfect match for solar PV. With 95% utilisation of the solar electricity, this is exactly how PV should work, using the energy where it is produced.

"We were confident in the panels Mypower were using and the ability of Mypower to deliver, and they have proved it. From initial discussions to installation its taken just 4 months", says Farm Operations Director Nick Green.

Mr Green explains how installing PV will not only help improve the farm's carbon footprint, but create electricity security whilst reducing costs and ultimately benefiting their farmer suppliers.

With the panels helping to avoid 72 tonnes of carbon emissions a year, the use of renewable energy also helps the business create a strong marketing message for supermarkets

"We're also becoming a more efficient business and by doing so we hope we can share this with our suppliers - after all, that's what it's all about", says Mr Green. 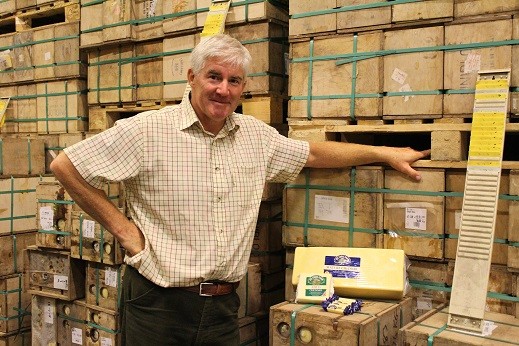 The system is predicted to produce over 3,750,000kWh over 25 years. Divide this into the capital agricultural solar panel cost, including finance over 6 years and the effective cost of buying this electricity up front today is around 5.5p per kWh, fixed, without being subject to electricity price rises. This compares to a typical grid supplied electricity rate of over 14p per kWh.

This clearly evidences Mypower's approach of sensible and robust budgeting and forecasting to clients rather than optimistic claims to try and win business. It further highlights the real benefits of using the high quality and high yielding REC panels.

Peter Alvis commented, "We are very pleased with the PV installation, not only is it perfectly matched to our refrigeration requirement, producing more electricity when we need the most refrigeration, it is also performing above expectation. The installation itself was hassle free and didn't impact on the day to day operations here at Lye Cross Farm, overall a very worthwhile project".

"We were confident in the panels Mypower were using and the ability of Mypower to deliver, and they have proved it. From initial discussions to installation its taken just 4 months".